This is the best movie I've seen in awhile. Granted, not everyone is a fan of director Wes Anderson, but I am.
Anderson's blunt deadpan humor is on display in Moonrise Kingdom, the story of a pair of 12-year old would-be summer lovers on an island off the coast of Maine. A wayward scout and a moody adolescent girl, played by Jared Gilman and Kara Hayward, abscond to the woods. It's a timeless love story full of humor, but as usual with Anderson, there is an undercurrent of potential mayhem and dread. 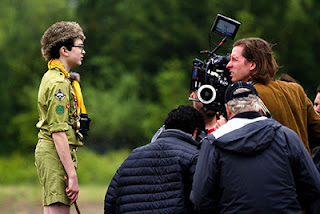 Here's what knocks me out: It's the way the director presents the narrative. Each shot is carefully constructed with characters and props placed in the most deliberate manner within the rectangle of the screen. The movie is visually rich with details such as era appropriate costumes (1965). As a cartoonist, I really respond to this! The overall feel is that of a DC comic of the era, straightforward narrative with no waste. 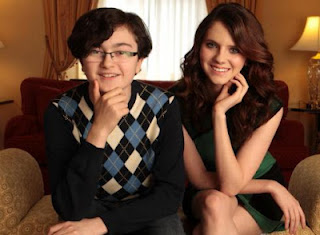