Click on the words Dog Boy or Bughouse to see the auction for that item.

Email me with questions, etc. 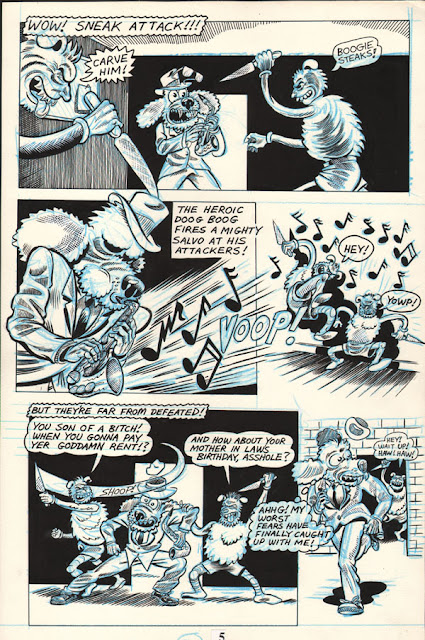 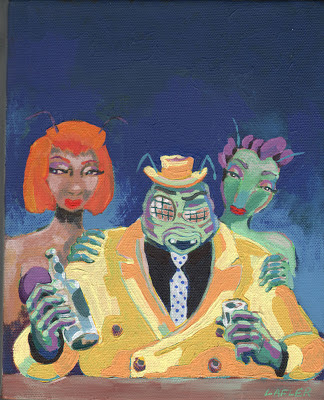 Posted by Steve Lafler at 10:57 AM No comments:

I've put together a documentary short about Dog Boy, my 80s comic book series. Here is the link to the documentary video. 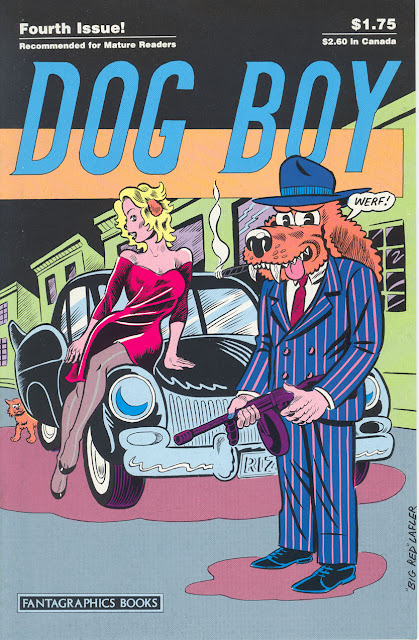 I had an ecstatic time writing, drawing and publishing Dog Boy, which enjoyed a 17 issue run from '83 to '88. The character also appeared in several stories in my 90s comics anthology Buzzard.

Dog Boy first appeared in my title Guts #3 in the summer of 1982. I was so taken with the character that I instantly decided create a comic magazine around him.

All this took place as the independent/alternative comics movement emerged. The revolutionary underground comics movement of the late '60s had stalled with the '73 Supreme Court ruling on obscenity, and mainstream comics were mired in their own small world, folding in on themselves. With the appearance of Seagate distributors and a handful of indy comics at the end of the 70s, the ground was seeded for dynamic change in the world of comic books.

Indeed there was a mini explosion of indy comics at the dawn of the 80s. There were profitable small press comics like Cerebus and Elfquest, along with the Comics Journal beating the drum for innovation. Comic specialty shops sprung up along with distributors to serve them like Bud Plant. Pacific Comics started publishing and distributing, going great for a few years before bombing out in a blaze of glory.

I published my first title, Mean Cat, in the spring of 1981 and sold 400 copies to Glenwood distributors, and another several hundred from my own frenzied marketing efforts, leaving no stone unturned. Mean Cat was favorably reviewed the Comics Journal along with another interesting self-publishing debut entitled Love and Rockets. Cat Yronwode also gave a thumbs up to Mean Cat, reviewing it for the Comics Buyers Guide.

Soon after the success of Mean Cat, I revived the idea of Dog Boy, who had first appeared on a poster for a rock and roll show/publishing event from March of 1980. 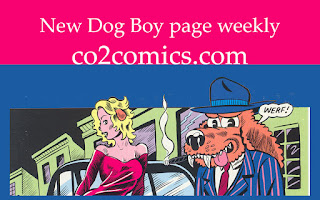 These days, Dog Boy enjoys a renaissance with weekly posts at the fantastic CO2 webcomics site, the brainchild of former Comico publishers Gerry Giovinc and Bill Cucinotta. Weekly posts can be read here.

Posted by Steve Lafler at 7:33 AM No comments: