Just wrote this tune with my pal Bill Stair. It's rough as hell just now, but I bet you'll laugh! We'll slick it up from here. 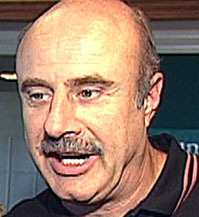 Take the talking cure with Dr. Phil
Yak-yakking it up, don't give no pill
Straight up cold turkey for those on smack
No going home for clothes and stash
With the big old hound dog face of Dr. Phil 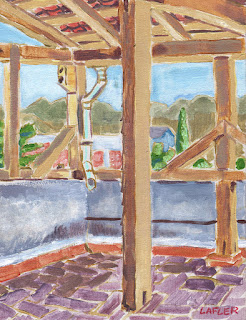 The view from my roof looking towards northeast. Hacking away with acrylic.

The wooden palapa was built by Stephan, estilo rustico. Stephan is quite a craftsman and it shows. Hell, he's an artist. A Oaxaca resident by way of Germany.
Posted by Steve Lafler at 4:34 PM No comments:

Fathoms Deep: Ilya Get Back to Where They Weren’t Before

My good friend, the musician Bill Stair, may be a walking encyclopedia of select strains of rock music, but he is truly an expert on bands from Bristol, England, as he himself hails from there. Bill offers this review of Fathoms Deep, the new release from Bristol's Ilya. -S.L.

Fathoms Deep is the latest release from Bristol’s Ilya, a duo comprised of vocalist Joanna Swan and guitarist/multi-instrumentalist Nick Pullin. You may only know them from a song-snippet featured in some perfume adverts, but they’ve spent the last few years assembling a body of work that represents one of the most fascinating discographies this decade has to offer. 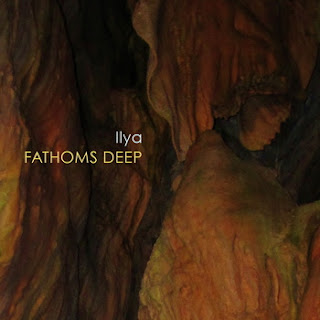 Their 2004 debut They Died For Beauty was one of those embarrassments of riches that seemed to have arrived fully-formed from another, saner dimension where inventive, innovative, insane music was the norm. Of course, it wasn’t really some kind of sui generis miracle; Joanna and Nick had been slogging away in the trenches for years. It wasn’t so much that their music attained perfection in 2004, more that their sound at that point in time dovetailed with the zeitgeist and the aspirations of a slowly expiring music biz.

The cynical thing to do after that would have been to keep on churning out more of the same; there would probably have been more than a few satisfied customers. But that’s not the way Ilya work. After the almost overpowering lushness of They Died For Beauty, they followed it up with the sublime Somerset - a record that retained the cinematic swoosh of their John Barry and Ennio Morricone devotionals, but which introduced harsher, darker elements into the mix. The standout track “Winter in Vienna” began as richly as would be expected, but then slid into territory first staked out by Holger Czukay’s shortwave dalliances and finally ended up dangerously close to something by This Heat, England’s finest exponents of post-prog, post-punk, quasi-kraut anti-commerciality. And Ilya managed all this without losing sight of the epic post-rock universality they’d staked out with their first album.

But two albums in a row with some kind of coherent stylistic feel was clearly making things too easy for the punters, so their next step was to release the manicured howl of rage entitled Hootchi Coochi. Attributed to Jo Swan, it was an Ilya album in all but name and, just to keep everyone off-balance, contained a bona-fide pop/R&B gem called “Play With Me”. The next logical step was obviously to follow that up with the banjo and bouzouki weirdness of Carving Heads On Cherry Stones - a record so haunting and gossamer-like that it should probably only be available on prescription. (Although its opening track “Prairie Dogs” is indisputably the best song to be written in cod-Esperanto since the Beatles’ Sun King.)

And so here we are with Fathoms Deep, their fourth (or fifth) album, and which is very much a return to roots - Ilya's Get Back, if you will.

Except Ilya was always a studio project - the brainchild of two people - and there never was a live band as such. But even so, the concept behind Fathoms Deep is still a back-to-basics one. The idea was very neat: to assemble a core group of excellent musicians in one of Britain’s last remaining high-level studios, present them with the material there and then, and to record the results immediately. It’s your basic 180 degree volte-face from their earlier, meticulously manicured albums; an escape from the endless tweaking of recording on computers and getting back to the way people did it in the olden days. So how did it turn out?

Well, it turns out that - amidst recurrent themes of birds, water, seabirds and drowning - Ilya have produced a record that is, of course, entirely different from their previous albums but which has very clear callbacks to all of them. In fact, when you look at their body of work as a whole, there is a remarkable consistency; dragging all their stuff into a playlist and hitting shuffle doesn’t make Fathoms and Cherry Stones sound weird so much as it reveals the twisted sensibility at the heart of their seemingly sweet earlier albums. Ilya have always been about darkness and sugar.

Of course, the one element that consistently holds their obsessive eclecticism together is the almost frighteningly transcendent voice of Joanna Swan; rarely has one person been able to channel so many sounds and personalities in one set of pipes. Her one consistent attribute is that her voice gets better and better with each release. By now, seasoned Ilya listeners can expect that when hypnotized by her ethereal angelic register, they will shortly be sucker-punched by a sudden switch to a gargantuan blues howl. But I must confess - the first time I heard the ending of “20 Fathoms Deep”, I felt afraid. Jim Morrison’s “Horse Latitudes” is a playground ditty compared to the kraken she unleashes on the coda.

Perhaps the most intriguing thing about Fathoms Deep is its insistence on using only piano and Hammond organ in the keys department. Ilya’s vast repository of influences combined with the ubiquity of the Hammond in sixties music means that, for music nerds at least, a single song can be a juddering travelogue through multiple genres and epochs - because the Hammond can mean many things. But ever since the Crazy World of Arthur Brown released “Fire” in 1968 - at that point, the heaviest record imaginable, and one which was made without recourse to the guitar - the Hammond in rock has meant one thing above all else: prog.

So if Ilya have released an album that, while not exactly prog, certainly doesn’t shy away from it, does that mean they have gone off the deep-end once and for all? Or does it mean that they’ve craftily noticed that, in the 21st Century, prog is more popular in Britain than at any time since 1976?

Neither. It simply means that they are, as always, following the dictates of their own muse. This is no more a prog album than it’s a John Barry soundtrack from the sixties; they’re just adding ever more ingredients to the Ilya gumbo. No longer a mere embarrassment of riches, we are now into a full-fledged supernova of reference points.

For example: the ineffably gorgeous “On Vauxhall Bridge” (which may or may not be about suicide, but which certainly does deal with water and burial) is enough of a Cubano-style toe-tapper to instantly evoke images of dapper old folks dancing close in the zócalo on a warm summer’s evening. Dan Moore’s piano is quite lovely, while the infectious “Quizás, Quizás, Quizás” rhythms - and Joanna’s exuberant vocal - more than undercut the desperation of the lyric. And Nick’s closing splice of Marc Ribot and George Harrison works rather nicely as well.

“Lean Down” is another stand-out track, perhaps something of a stripped-down callback to They Died For Beauty. The intro alone is breathtaking, more or less a live performance from the core duo, with Nick’s arpeggiated guitar backing up Joanna’s heartbreaking whispered vocal. Haunting, yes, but very, very pretty.

So naturally, we also have to have stuff like “Falcondale” in here as well. Right from the start of this one, Nick’s spider-web guitar lets you know you’re back in Cherry Stone territory - even if he’s not actually playing a bouzouki, you feel like there’s one in there. And, like so many songs on Fathoms Deep, it’s built around circular triplet patterns, like so many hummingbirds whirring around in your head. Or should that be falcons?

All this and a baritone sax that - dexterously combined with the low-end of the Hammond - shoves the song sharply into the strange world of Albert Marcoeur, until the organ takes over and kicks us into the page-boy haircutted world of The Nice. But only for a little while, mind. Our next stop is in Stevie Smith/This Heat territory, as it seems that we are decidedly not waving and quite probably drowning. Until the halfway mark, that is, when Joanna’s storm-petrel vocal comes skipping over the waves, a reverse siren that pulls us out of the endless deep. It seems that Ilya are neither waving nor drowning but dancing round the maypole. And have somehow managed to condense “A Plague of Lighthouse Keepers” into less than six minutes.

Another standout track is “Little Lamb”, a sweet, frail, blue little thing that evokes the late, great Johnny Ace’s posthumous 1955 hit “Pledging My Love” - as used on the soundtrack of Abel Ferrara’s midnight-black Bad Lieutenant, naturally. Joanna’s distant, glacial vocal is perfectly offset against Nick’s bizarro Ron Grainer guitar and a chord progression that occasionally shines on like some kind of diamond. It may be the way that, for some reason, this song is now inextricably linked in my mind with Abel Ferrera but - given Ilya’s longstanding obsession with John Barry - the only conclusion I can draw from this song is that James Bond is now a toothless Appalachian smackhead.

But that would be too easy wouldn’t it? The coda lurches abruptly to Jimmy Smith/Djangoworld, Joanna switches to her megafaunic voice, and the go-go girls start it up in their white plastic boots. Bonkers, in the best possible sense of the word.

“All I Got” is perhaps the album’s most perfect song; it drifts into view amid Harold Buddy piano and backwards guitars, like some unjustly forgotten outtake from Side 2 of Before and After Science. The lyrics once more deal with bitterness and regret, but the utter beauty of the music and vocal make it the sweetest of bitter pills. Quite perfect, in fact.