Albert Hoffman, A Fine Human Being

Just heard over NPR that Albert Hoffman has died at age 102. Who can argue with living to such a ripe old age. By any measure, this man was a very successful human being.
Of course, Albert Hoffman is best known for the synthesis of LSD-25 in 1938, and for inadvertently dosing himself in 1943. He went on to lead a dignified life, intelligently discussing and analyzing his great discovery for the balance of his long life.
I won't bore anybody with my own views on LSD and psychedelics here (just read enough of my comics and you'll catch the drift of my opinions); I would simply direct attention to my link to Hoffman's Wikipedia entry. Draw your own conclusions.
Okay, allright, one final note. I would say that it's hard to take any critic of LSD and psychedelics seriously if they have not tried them, just my subjective opinion.
Posted by Steve Lafler at 8:44 AM 2 comments:

As mentioned here last month, I've written about 150 new pages of comics, pretty much a whole new graphic novel. The working name for the piece is "El Vocho", referring to the nickname earned by the venerable VW bug in Mexico, where it remains one of the most popular passenger cars.

In the past, when working on a longer piece, I've either kept a lid on the work until it was ready to be published as a graphic novel, or I've issued a series of shorter comic books (as with my BugHouse series). Now, in the new media future, it makes a hell of a lot more sense to post the material as I create it. It will save me a lot of expense and effort, it will save readers money and frankly I expect it will be seen and read by far more people online than it would be in comic book format.

That being the case, I've created a blog for the sole purpose of posting El Vocho comics as I create them. Go ahead and click the El Vocho link to see the first installment.

It is worth mentioning, since I moved to Mexico almost eight months ago, I've been casting about for a project (really for a mode of working) that truly captivates and engages my best energies. I've wandered down a couple different alleyways with regard to characters and storylines, posting some web comics I was pretty happy with.
But frankly, something was missing. While I'm excited about new media/electronic media, I still burn & yearn to work with the long narrative. I also want my stuff to appear in print in a graphic novel format.
With El Vocho, I've created a compelling story that serves all of the aforementioned interests and needs. I will post it as I create it, it is a long narrative with complex characters and an overlay of several story arcs, and I will collect it as a print graphic novel when it's done.

Looking over the web comics/online comics landscape, I see that there are several sites that do a fine job of hosting and promoting web comics. I considered posting with one of these sites, but ultimately decided it was not for me. I prefer to maintain my own proprietary blog for posting web comics.

Each of these hosting sites has a list of requirements to adhere to in order to play ball with them. The most odious of these was that one must create a web comic for web use only (it was forbidden to post a graphic novel in progress). Hell, I don't need some skinny pimply paste-faced teenage web dweeb entrepreneur telling me what color socks to wear; I prefer to captain my own ship, come hell or high water! Hopefully, I can attract more than four viewers to each of my El Vocho posts. We'll see what happens! Stay tuned.
Posted by Steve Lafler at 9:10 AM 1 comment:

Bubbling Up from the Literary Underground 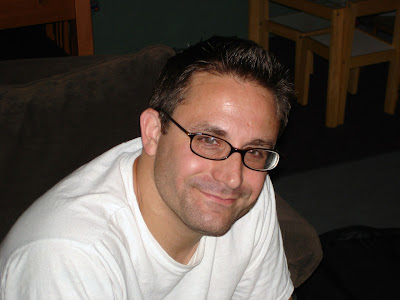 This Zine Will Change Your Life

and I highly endorse it, it's just the type of endeavor that keeps well crafted, grass roots literature alive in a near post literate environment.
Here is Ben's spin on the new issue:

"This edition we have a killer love story by J.A. Tyler.

This piece will be up for two weeks and as with every piece going forward it has been matched-up with a photo and music by my collaborators on this project, Adam Lawrence and Jason Behrends respectively.

We hope you enjoy this edition and come back in the future. We also hope you will let people know that we are out there and maybe even link with us."

Steve again. Not only is Ben building momentum with This Zine Will Change Your Life, but he has a second novel practically in the can--you just can't stop this dude's creative overdrive!

Posted by Steve Lafler at 5:50 PM No comments: