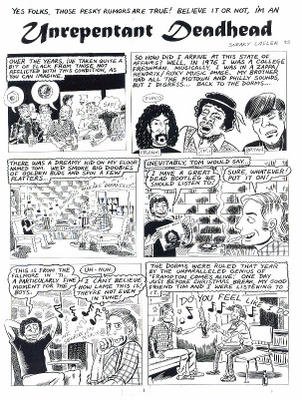 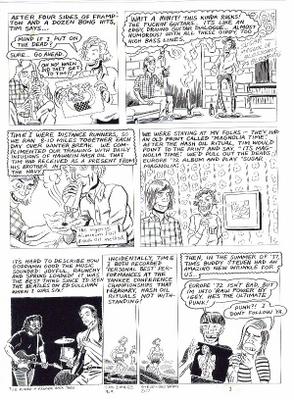 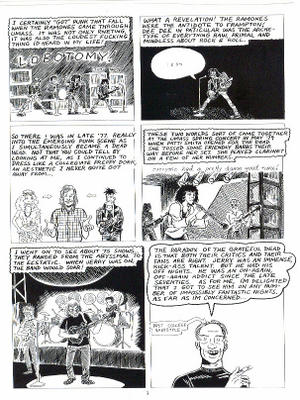 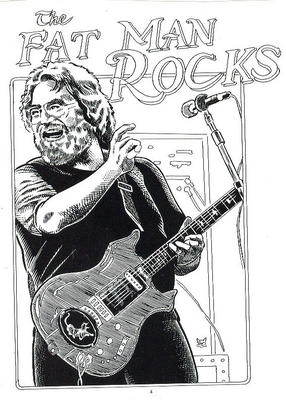 It's that time of year that some Deadheads refer to as "The Days Between", the stretch of days in the heart (and heat) of the summer that lay between August 1, Jerry Garcia's birthday, and August 9, the anniversary of his death.

I've been ruminating on the fact that it's been ten years since Jerry left us. I still miss the big guy quite a bit--what I wouldn't give to see him shuffle on to stage with his guitar for just one more magic evening (or sunny Sunday afternoon at the Greek Theatre) of impossibly gorgeous music!

No matter how many great shows I have on tape, CD or video, I want to remember that there really was nothing quite like being there--the smells of course (all that pungent weed!), the sounds, the roller coaster range of emotions the boys dragged me over, and the vacilliation of the overall tone of the event.

Many a show felt like a picnic, or a baseball game, but anyone who attended more than a few will recall that on ocassion, the curtains would seem to part on consensus reality, and the Elysian Mysteries themselves would be revealed (an image suggested by music critic Richard Gehr); all would come clear in the singularity of the moment (I admit, this level of appreciation could be aided by ingestion of mushrooms, or some clean blotter-but I attended many a flat out mind-boggling show on nothing stronger than a few hits of stinky bud).

In any case, I'm posting these comics here I created a few months after the passing of Jerry, my homage to the man and his music. I hope you enjoy. Note: Clicking on the images at the front of this entry will enlarge them in your browser.

For more info on my cartoons:
http://www.stevelafler.net
Posted by Steve Lafler at 12:06 PM

Hmmm ... What do you think of a Jerry Garcia stamp?

Elvis Presley, Buddy Holly, Bill Haley, Ritchie Valens, Dinah Washington and Otis Redding (among others) have received this honor, so a precedent has been set for American stamps honoring American rock, jazz, and blues musicians.