My next comic book Death in Oaxaca #2 is slated for a June, 2015 release from Alternative Comics. 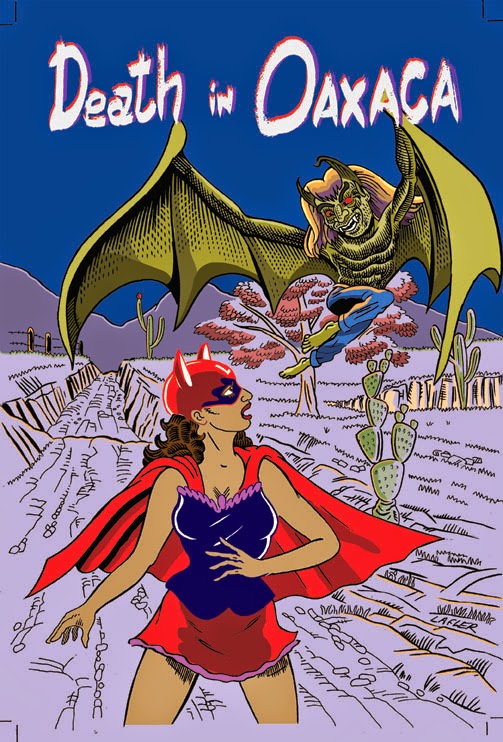 Here's the promo rap on Death in Oaxaca #2, which will be a 32 page comic book at around five bucks:

Gertie, the glamorous expat writer living in Mexico, stalks a 2000-year-old giant vampire bat while dressed as Lucha Lucy, Oaxaca's newest costumed wrestling sensation. She doesn't find the bat, but a couple local kids mock our hero mercilessly, chanting “You Can't Fly!” Meanwhile, Gertie's husband Rex, the swashbuckling guitar-slinging expat cartoonist, talks about drunk driving with Death himself in the back seat. All this plus Tlayudas, the most delicious Mexican food you've never heard of.


I'm really pumped about this comic book series from Alternative Comics, building towards an eventual graphic novel. I'm in the best groove creating this material since my signature work, Bughouse. You can still pick up Death in Oaxaca #1 from Alternative.

My shit-kickin' country punk outfit, The Dick Nixon Experience, will likely assemble in the San Francisco Bay Area this July to kick out the jams with a raucous publishing debacle on behalf of Death in Oaxaca #2! Details to follow... 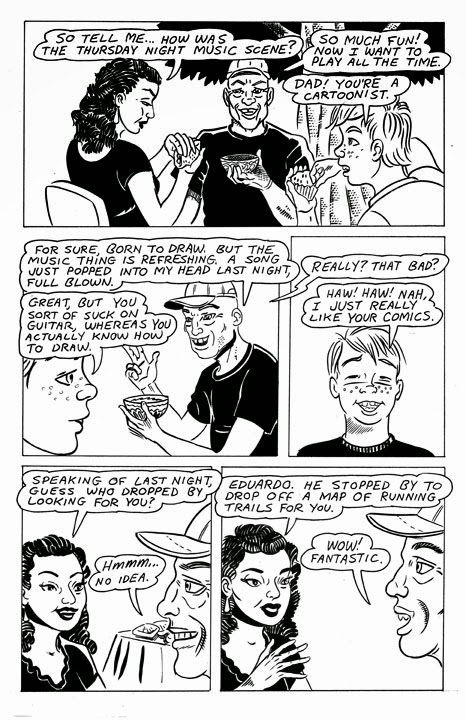