First and foremost, I'm delighted to offer my brand new comic book set in my adopted home town of Oaxaca, Mexico. But there's more, I've peppered this post with links to the major works from my entire comics career. Thanks for visiting! I can honestly guarantee a fun, weird and unusual ride from all of these here comic books and graphic novels.

My new comic book Death in Oaxaca is here! You can get it from the publisher Alternative Comics or from Amazon at this link for $4.99. 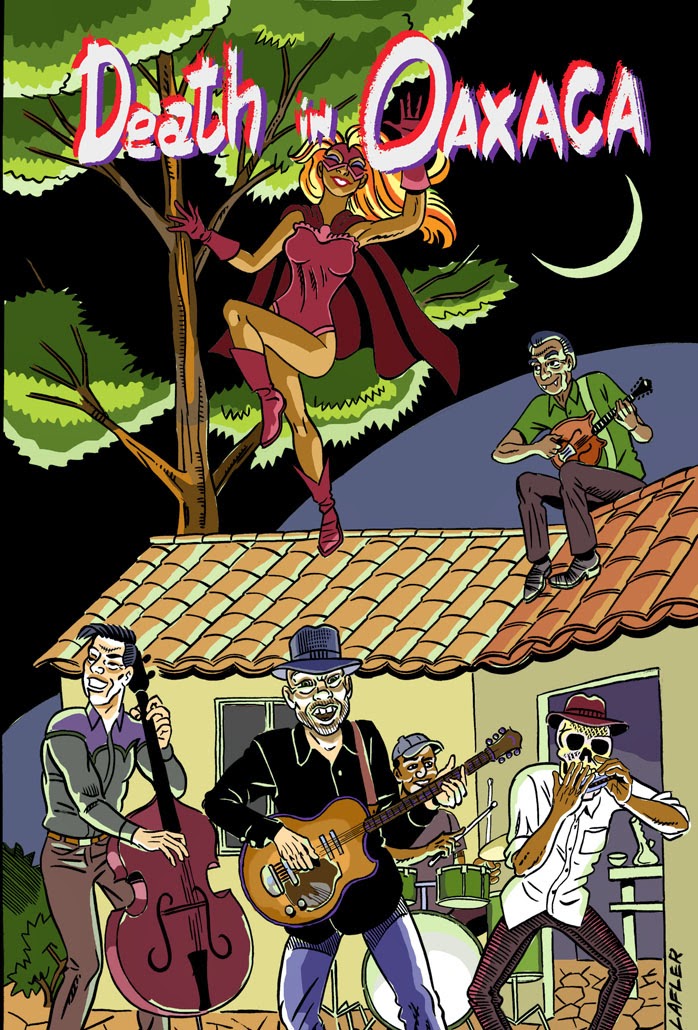 The mundane, the sublime and the bizarre show up in their best party attire in the new comic book series from the creator of Dog Boy and Bughouse. Two expats move to remote Oaxaca, the fabled highland city in southern Mexico. Rex, earnest yet duplicitous, flees from mid-life crisis and fear of death. Beautiful Gertie, cynical but honest, is just plain bored and craves adventure. They contend with Lucha Libre wrestlers and an ancient vampire who prefers chicken, and enjoy the best fresh corn tortillas on the planet.

And of course you need the Death in Oaxaca T-Shirt to complete the experience! OK, so it's in Spanish, so it's really a "Los Muertos de Oaxaca" T Shirt. Here is the Design: 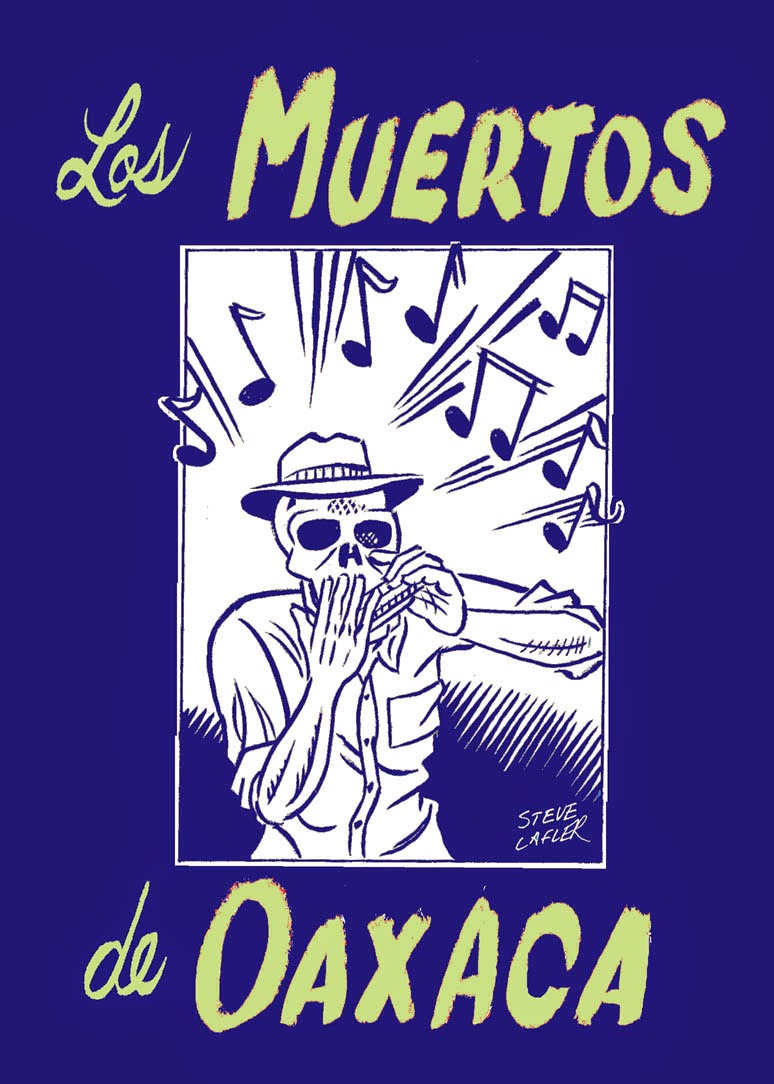 Available at this link from my Redbubble shop for $26.97. Visit my entire line of shirts at Redbubble here.

My back catalog books El Vocho and 40 Hour Man are available from Wow Cool, the mail order arm of my new publisher. You can also order these titles from my Lulu shop. Here's the books: 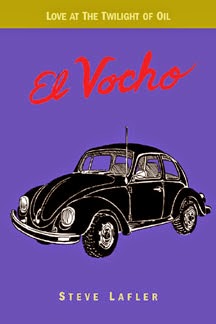 El Vocho. Love at the twilight of oil. Rosa the Latina hottie inventor and Eddie the geek artist meet in a fender bender. Tempers flare but sparks fly and they fall in love. Working together, they create the perfect clean energy motor while being tracked by goons working for big oil. 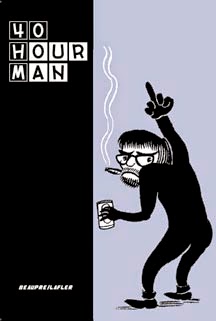 40 Hour Man. Is it a career, or a series of really lame jobs? Stephen Beaupre (author) and Steve Lafler (cartoonist) pose this timeless question in Forty Hour Man, a hilarious saga of one working stiff's three-decade journey into the minimum wage heart of the American Dream. It's all here - from scrubbing a steakhouse floor with a toothbrush to going bust in the Internet boom. Every bad boss. Every crazy co-worker. All the more shocking because it's true!
Wait a Minute! What about Bughouse and Dog Boy?

Don't worry, I did not forget about the work I am best known for! I've published two huge legacy volumes with CO2, collecting every page of both series! 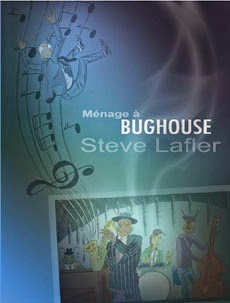 Ménage à BUGHOUSE collects the funky jazz noir BUGHOUSE trilogy by Steve Lafler in one volume. Tenor saxophone maestro, Jimmy Watts, leads his talented band of bugs from the swing era into the uncharted maelstrom of Bop. And as he and his band mates claw their way to the top of the jazz world, they must fight the temptation to be consumed by addiction to a substance known as "Bug Juice". 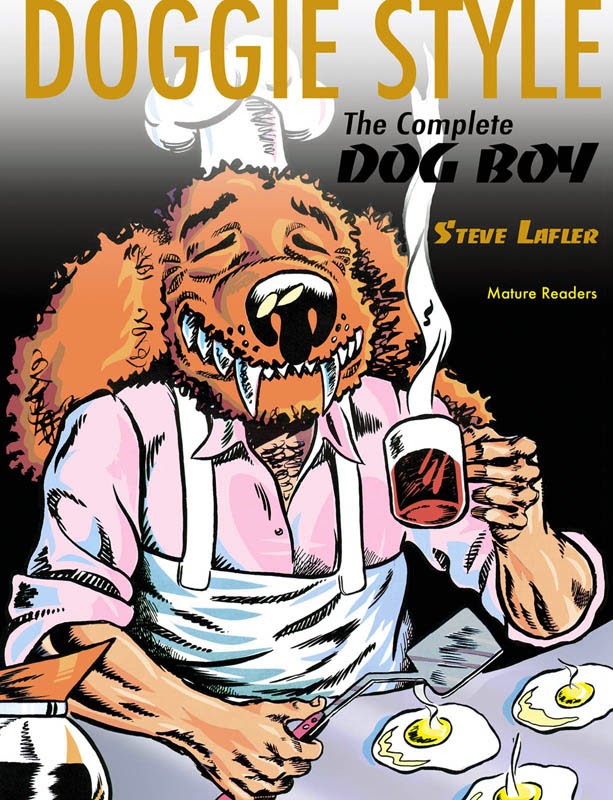 Doggie Style: The Complete Dog Boy. Imagine an enthusiastic, ambitious young artist of the 1980s who happens to have an enormous golden retriever head on a human body. Given to flights of fancy and the odd meditation on the truly mundane, this Dog Boy searches for meaning, all too often via a six pack of Rainer Ale pounders!
Steve Lafler sat down from 1882 to 1988 and drew nearly 500 pages of Dog Boy. Most of the time, he drew with no script, and in fact looked to emptying his mind before putting pencil to bristol board.
The entire results are collected here in in the 488 page omnibus, DOGGIE STYLE The Complete DOG BOY! Now you can pay witness to the genius that flowed from Steve's streaming consciousness as he created one of the most truly independent comic works of all time!

AND, one more thing! We've looked at my print books and T-Shirts, lets go ahead and buy a copy of my Ebook, Cat Suit! 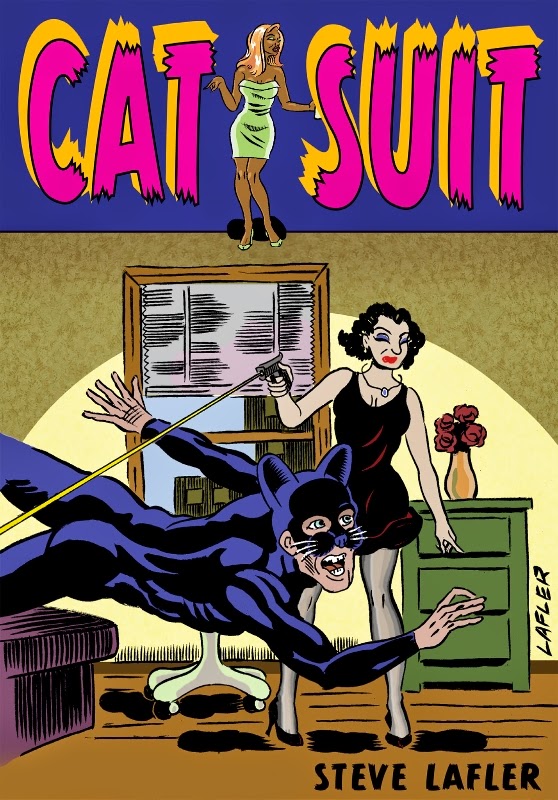 CAT SUIT. What kind of whack job would put on a mask and a skin-tight suit and head out into the city after midnight? I mean, what is this guy really up to? What pathology, what perverse proclivity are we dealing with here? Is he fighting crime? Of course not, he’s just going clubbing—and he’s frankly perplexed when the aggressive bar flies & drunks single him out. The guy in question is Manx, a costumed cat man. Available digitally!
Posted by Steve Lafler at 10:26 AM