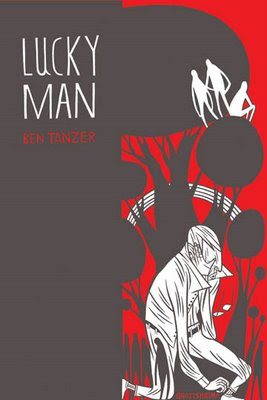 A couple years back I published a great debut novel by Ben Tanzer on my Manx Media imprint called Lucky Man.
The book did well and garnered some sterling notices out of the gate, and I was able to place it with a half decent book trade distributor, Biblio. This distrib went under, sad to say, and was eaten by an unscrupulous vanity house that really sucks (Atlas Books/Bookmasters... avoid like the plague!!!).
This rendered Lucky Man unavailable.
I'm happy to say that Lucky Man is now available on Lulu.com in a revised edition with a new version of the cover for $16.00.
It's a gripping coming of age novel with a finely drawn ensemble of characters than Tanzer visions in his own unique voice, of course I highly recommend it!