New Lafler Comics coming up in "Other" magazine 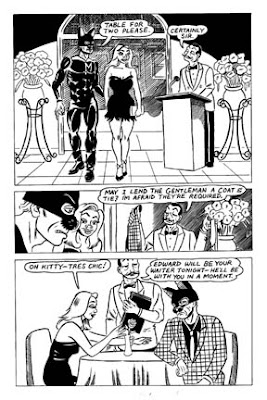 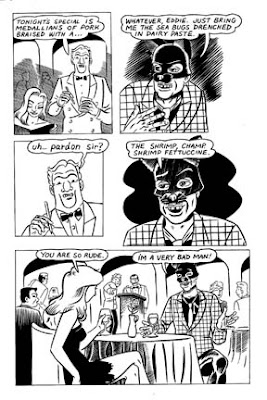 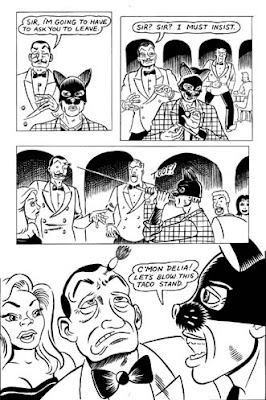 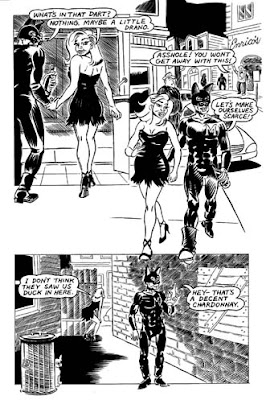 A ten page excerpt of my upcoming comic book called "Cat Suit" is scheduled to appear in the next issue of Other magazine.

Why would a grown man put on a skin tight suit and head out into the city after midnight? I mean, what is this guy really up to????

The guy is question is Manx, a costumed cat man. He can't figure it out either so he goes to Dr. Grippo, a sultry divorcee shrink from Eastern Europe.
All heck breaks loose when Manx reveals to Dr. Grippo that he has fallen for Delia, a hottie he picks up on one of his late night excursions.

The four pages above will be included in the piece in Other.

I freely admit that I don't know how long this piece will be, or when it will appear. Forty pages are drawn, about 60 are written. About 30 are inked.
This art and other recent stuff from me can be viewed at my stevelafler.net site.
Posted by Steve Lafler at 10:28 AM