Death in Oaxaca: The New Comic Book From Steve Lafler

Cartoonist Steve Lafler (Bughouse, Dog Boy) is back with a new comic book series set in Oaxaca, the magical city in the remote highlands of southern Mexico.

Death in Oaxaca will be a six issue miniseries and subsequent graphic novel published on the Alternative Comics imprint. 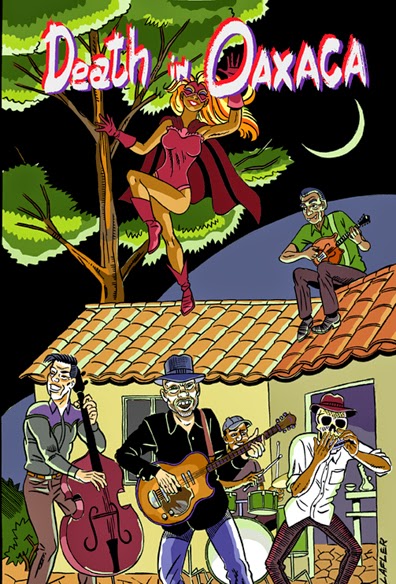 The surreal adventure serves up Lucha Libre wrestlers and an ancient vampire who prefers chicken to human blood. Rex and Gertie are expats, moving to remote Oaxaca. Rex, earnest yet duplicitous, flees from mid-life crisis and fear of death. Beautiful Gertie, cynical but honest, is just plain bored and craves adventure. Their son Myles is simply in love with Oaxacan food.

Comics Retailers can order Death in Oaxaca from the June 2014 Diamond Previews comics distribution catalog. The book ships in August. Here is a copy of the catalog listing: 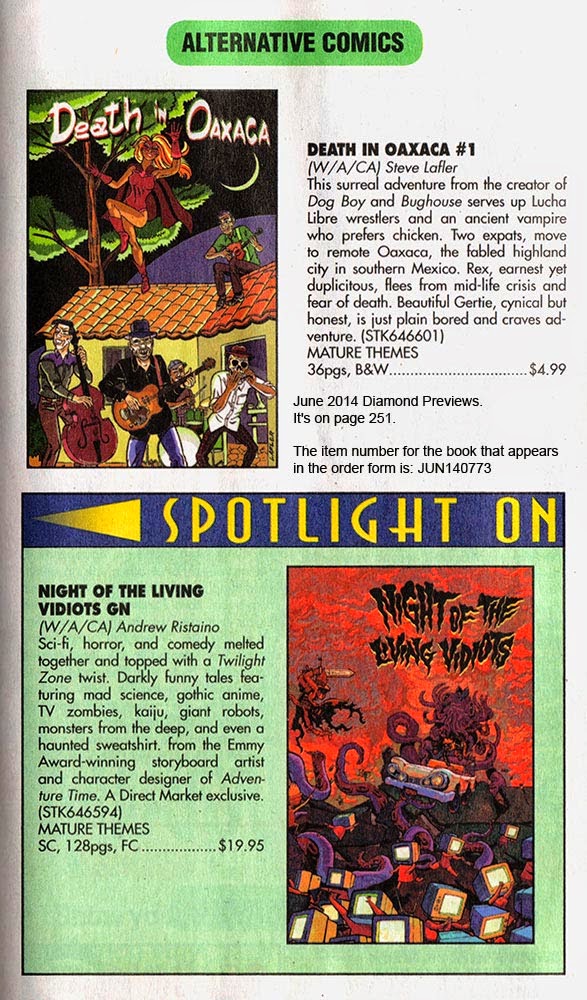 Death in Oaxaca is a 36 page comic book (plus covers) retailing at $4.99. There will also be ebook versions available in English and Spanish.